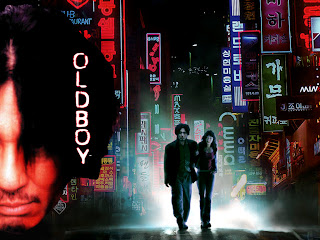 Oldboy (Oldeuboi) is arguably the most popular Korean movie for the audiences in the rest of the world. Over the years, this installment of Chan-Wook Park's brilliant revenge trilogy has garnered it's own cult following. Though I always felt that the predecessor 'Sympathy for Mr. Vengeance' had a more compelling story, Oldboy definitely is the most entertaining (and controversial) of the three and showcases the brilliance of Min-Sik Choi (I saw the Devil) as one of the finest Korean actors till date. There have also been strong rumors of a Hollywood remake with the names like Steven Spielberg and Danni Boyle mentioned as the possible director/producer of the remake.

Oldboy also did extremely well in the festival circuit winning countless awards, including the coveted Grand Jury prize at the Cannes, and announced the arrival of Chan-Wook Park as one of the great international directors to watch for.

Oldboy starts with a gruff looking Oh-Dae Su (Min-Sik Choi) holding a suicidal man by his tie, at the edge of the rooftop. Oh-Dae Su doesn't care about the man, but after spending 15 years in someone's private jail, he could do with some company. We go back to a police station where a more agreeable looking (though drunk) Oh-Dae Su is trying to convince the police to let him go after being arrested for his drunken antics. They let him go. He goes to a phone booth to tell his daughter about her surprise birthday gift. He gets out of the phone booth.. bam on the head..wakes up in a room, his prison cell for the next 15 years. The shifting timelines, if anything, will leave you perplexed yet excited for what's going to happen next, a sense of mystery already starting to play in your head. Oh-Dae Su has no idea why he is imprisoned, or for how long. He just has a TV set for company, that tells him about the world outside, the royal marriage, fall of the Berlin wall..the murder of his wife and a missing daughter with the police announcing Oh-Dae Su as the prime suspect. He tries to kill himself inside the cell, they won't let him. He starts getting trained, the TV set his trainer, waiting for the day he'd be released so that he can make the people responsible pay.

We go back to the opening scene, Oh-Dae Su waking up wearing a suit, and money in the pocket, and a cell phone with instructions. He goes about trying to unravel the mystery. In his quest, he is joined by Mido (played by Kang Hye-jeong), a really young and beautiful chef (late-teens), who finds Oh-Dae Su 'interesting'. But there's a deeper connection. What follows is an interesting cat and mouse game between the captor and Oh-Dae Su. Oh-Dae Su, with nothing to lose, goes about his mission to unravel the mystery, that includes some graphically violent imagery that involves Oh-Dae Su's trusted hammer and the famous 25:1 corridor fight sequence. 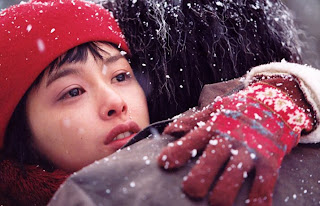 In spite of everything, nothing can prepare you for the final confrontation between Oh-Dae Su and the mysterious captor, Woo-Jin Lee (Ji-tae Yu) and the shocking twist that's bound to knock your socks off. Oldboy never ceases to shock and amaze, especially the brilliant final act, that takes the movie to a new high. Oldboy is an provocative, brutal, mesmerizing and brilliant masterpiece from the great Korean auteur Ji-Woon Park that truly deserves its cult classic status.