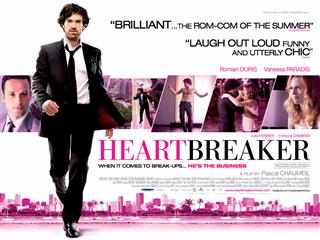 One of the more popular movies to have come out of France in recent times, Heartbreaker (L'arnacoeur) might seem like a typical commercial romantic- comedy that Hollywood keeps churning out at regular intervals. Though most of these efforts are extremely forgettable, there are a few rare exceptions. Heartbreaker (L'arnacoeur), not a classic by any means, has a stronger claim to belong with the latter. The movie was a massive success in France and word of mouth helped it extend it's popularity across Europe, and was enough for the British Production Company Working Title Films to acquire the rights for a US remake. 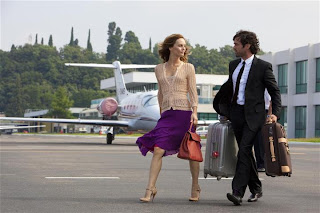 Romain Duris ( The Beat That My Heart Skipped ) stars as Alex, a professional seducer who breaks up couples for a fee. Party to this unique enterprise is Alex's sister Mélanie and her husband Marc. Heartbreaker (L'arnacoeur) also stars the multi-talented actress and singer Venesa Paradis as Juliette, the daughter of a wealthy florist who's about to marry a English gentlemen, to the disapproval of her father. Her father decides to employ the services of Alex,  with just 5 days to go for the wedding. Having never failed, this proves to be Alex's biggest challenge yet. 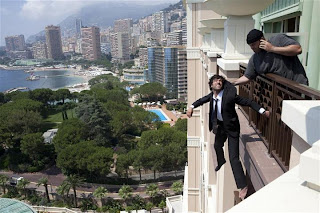 Heartbreaker (L'arnacoeur) is full of cliched elements, but they are handled effectively, and the somewhat original and interesting premise helps the movie. Romain Duris and Venesa Paradis are a charming lead couple with a palpable onscreen chemistry. They also play their parts to perfection. Romain Duris is effective and believable as the funny and effortlessly cool seducer and Venesa Paradis plays the role of a headstrong but confused heiress to perfection. Equally impressive are Alex's sidekicks, Melanie and Mark, who are responsible for some of the funniest moments in the film. 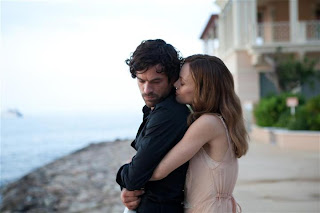 Heartbreaker (L'arnacoeur) is an extremely entertaining ride that never has a dull moment. The performances are impressive and the gags are effectively funny. The movie  also manages to blend in the sensitive moments of the film with the largely comical undertone effortlessly. The beautiful setting of Monaco also adds to the stylish execution and appeal of the film. All these elements help elevate this romantic comedy and makes it an easy recommendation for a one-time watch.