Nowhere in Africa (aka Nirgendwo in Afrika 2001) - German - Review 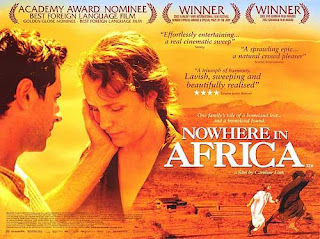 Before the Second World War, no one could have imagined the horrors that the Nazi Regime was about to unleash on humanity, especially on ethnic minorities, most notably the Jews. As Jewish families across Germany were getting increasingly apprehensive with the strengthening propaganda against them,  few of them decided to look for safe havens outside of Germany.
Based on the best selling autobiographical novel by Stefanie Zweig, only five years old when her family fled from the German town of Silesia in 1937, Nowhere in Africa tells the story of her childhood and her family, as they struggle to adapt, and settle down to a life in Kenya, Africa. The interesting and moving tale is brought to life by the acclaimed German Director Caroline Link, who had previously brought us the stunningly brilliant Oscar nominated drama Beyond Silence (1996). Nowhere in Africa won the Academy Award for Best Foreign Film in 2003 and was nominated for a Golden Globe in the same category. The movie had also swept the German Film Awards, winning 5 Golden Lolas, including Best Film and Direction. 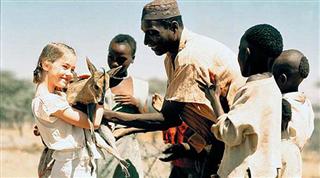 Nowhere in Africa stars Juliane Köhler as Jettel Redlich and Merab Ninidze as Walter Redlich, the parents of young Regina Redlich, the character at the heart of the story. A lawyer back in Germany, Walter gets employed at an Englishman's farm in Kenya and asks Walter and Regina to join him. In the farm, they have the services of a tribesman Owuor who serves as their cook and the handyman. They all react to their new lives in different ways. For Walter it's just accepting the harsh reality and an attempt to salvage their lives, and for Jettel, it's a transient arrangement after which they'll go back to their lavish lives. But Regina embraces Africa with open arms and instantly falls in love with the people, especially the noble Owuor with whom she shares a deep bonding, and the Kenyan culture and it's customs. 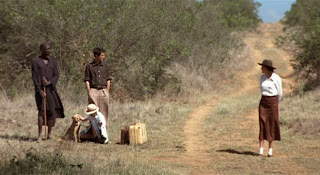 Nowhere in Africa presents an interesting perspective through Jettel as she looks down upon the Kenyan locals. Forbidding her young daughter to play with the kids from the local tribes, Jettel tells Regina that 'black kids carry diseases with them and are different than white kids', though herself having been a victim of prejudice back home in Germany. Along with the struggle to establish their lives, Walter and Juliane face another struggle in trying to re-define their relationship. Caroline Link beautifully crafts each of her main characters and makes you feel a part of their own individual journeys with years passing by.
Nowhere in Africa has a grand scope with it's great drama, stunning camera work and brilliant performances, all blending together to define a marvelous epic.