Review of 'The Girl With the Dragon Tattoo' (Sweden 2009) 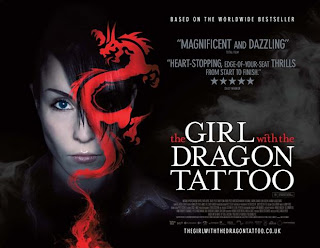 In 2004, Swedish author and journalist Steig Larsson passed away and left three unpublished books. These books were posthumously published as the 'Millennium Series' trilogy. The first in the series was the award winning "The Girl with the Dragon Tattoo" that was published in 2005 and instantly attained critical acclaim and popularity in Sweden, Across Europe and gradually in the rest of the world. The novel also won various "Crime Thriller of the Year" Awards such as the Glass Key Award in Sweden and galaxy British Book Awards, and featured in the bestsellers list across the globe. In 2009, writer-director Niels Arden Oplev directed the film adaptation of "The Girl with the Dragon tattoo". Similar to the success of the source material, the movie won widespread acclaim and was a massive box-office success across Europe and made over a 100 million USD. The film also won numerous awards, most notably a 2010 BAFTA for the best foreign language film. There's also a remake in the works that is being directed by David Fincher (Se7en, Fight Club, The Social Network) and will be release later in the year in 2011. 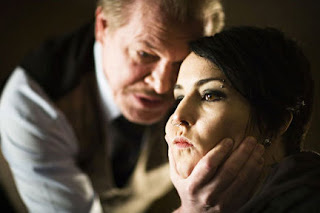 Lisbeth Salander, "The Girl with the Dragon Tattoo'', is a goth-looking computer hacker with piercings, dark hair and a HUGH dragon tattoo covering her back (though the tattoo is  completely inconsequential to the story and is referenced purely for artistic purposes). Brilliant played by Noomi Rapace, Lisbeth is a character full of irony. She is both a vulnerable victim of horrendous abuses, as well as a fiery and self-empowered heroine of the story. Her fellow protagonist is an investigative journalist with a Swedish magazine Millennium, Mikael Blomqvist, who has had a fall from grace after being set up by an rich industrialist. They are brought together as unlikely partners of an investigation into the decades old 'missing-person' case of a young woman belonging to the extremely wealthy and mysterious Vanger family with a deviously dark past and shocking family secrets. 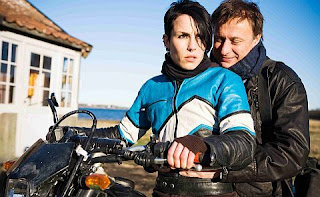 As in most crime thrillers, they are interesting plot twists and devious 'family secrets', but what sets "The Girl with the Dragon Tattoo" apart is it's intensity and a brutally realistic and graphic portrayal of the source material. But above all, it's the chemistry between the two leads and a tremendous performance by the relatively unknown Noomi Rapace who makes the character her own (Rooney Mara has some pretty large leather boots to fill). If you are looking for an edgy adult thriller with a bold narrative and the ability to shock you with it's brutal realism, it doesn't get much better than "The Girl with the Dragon tattoo".