Arguably the most high profile international film festival after Cannes, Toronto International Film Festival (TIFF) - 2011 held from Sept 8-Sept 18 saw the usual mix of major celebrities and great cinematic gems from across the globe. Here's a rewind of the major award winners from this years edition. 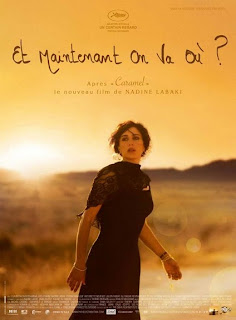 Written, Directed as well as acted in by the popular Lebanese actress by Nadine Labaki, Where do we go now ? is a smart and bittersweet Lebanese comedy about a group of young women trying to prevent Muslim-Christian inter-religious conflict in a secluded and peaceful village in Lebanon and a church and a mosque stand in each others neighborhood. Where do we go now ? charmed the audiences with its clever wit, walking away with the top honor, beating two star-studded and popular hollywood flicks by George Clooney: The Descendants and The Ides of March.

Where do we go now ? had earlier struck a chord with the critics and audiences alike at the Cannes Film Festival where it won the François Chalais Prize. The movie is now one of the favorites for the Oscars as it was announced as Lebanon's official submission in the Best Foreign Film category.

It all started in 2006 with Al Gore's brilliant An Inconvenient truth and the issue of global warming has spawned many interesting documentaries since then. Jon Shenk's political documentary The Island President is spearheaded by Mohamed Nasheed, the president of the small island nation of Maldives for whom time's running out with rising sea levels that threatens the very survival of his homeland. Brilliantly presented, The Island President follows Nasheed as he takes the climate change fight to the powers at New York, London, New Delhi culminating at the Copenhagen climate conference where the major culprits US, India and China finally agreed to take measures and set targets for reducing emissions.

The Raid is a big-budget action epic from Indonesia starring the martial arts sensation Iko Uwais. The movie is about a SWAT team trapped in an apartment building situated amidst the slums of Jakarta, that is now home to the most dreaded criminals of Indonesia. I saw the trailer of the movie a few weeks ago and was wondering if the movie would be half as enthralling as the trailer makes it out to be. If the TIFF audiences are the ones to go by, it definitely seems to have lived up to the promise. 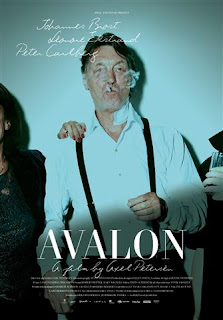 Avalon is a savagely humorous work by the promising young director Axel Petersén.

Avalon's the story of a former club promoter Janne, who's reunited with his former business partner Klas and are launching their new high-end night club Avalon. When it seems that the good times will never end for the many members invited to the launch party, a catastrophe occurs that exposes the superficiality of the characters involved in this dark and caustic comedy. Shot in dogma resembling naturalist style, the movie captures the nuances of the various characters as they indulge in their arrogant and self-motivated actions, without for a moment pondering as to the consequences.

Johannes Brast as Janne gives one of the finest performances of his career in this intriguing first feature film by Petersén.


The First Man (Le Premier Homme) is based on Albert Camus's posthumously published bestselling autobiographical novel about his memories in French Algeria. The movie stars Jacques Gamblin as a middle aged Jacques Cormery as he travels back to Algeria where he reminisces about his childhood with an illiterate mother and a fierce grandmother, set against the backdrop of the increasing unease between France and Algeria. Veteran French actor Gamblin shines with his stellar performance complemented by the skillful and moving direction of Gianni Amelio.