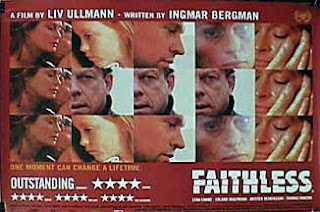 Faithless (Trolösa) is a meditative work about infidelities written by the legendary Swedish auteur Ingmar Bergman based on his own personal experiences. It revolves around the ruminations of an impatient actress Marianne (Lena Endre), as she confides in an aging writer who could have simply imagined her to begin with, the ramifications of her adulterous experience on her marriage with a conductor named Marcus. Faithless (Trolösa) is directed by the talented Norwegian actress and film-maker Liv Ullmann, who was one of Ingmar Bergman's popular muses and has starred in many of his masterpieces. Her efforts behind the camera on Faithless (Trolösa) won her a Palme d'Or at the 2000 Cannes Film Festival. 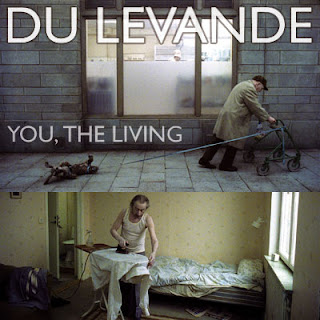 You, the Living is a remarkable piece of film-making by popular commercials director Roy Anderson. The movie essentially is a collection of 50 short vignettes ( yes 50!) that largely have no relation to each other, with the exception of a few repeating characters. The movie won numerous awards  including 4 Guldbagge awards including Best Film and Best Director. It also won the Silver Hugo award for best direction at the 2007 Chicago International Film Festival.
If you have seen his Cannes Jury Prize winner Songs from the Second Floor,  that also happens to be the first part of this unfinished trilogy, you might find yourself in familiar territory. The stories are mostly of sad individuals leading miserable or mundane lives trapped in surreal existence that have moments of despair and comic tragedies, and Roy Anderson’s expert use of settings and music accentuates the impact. The set-pieces are varied in their appeal with a few stand-outs that will leave you miffed and amused at the same time. 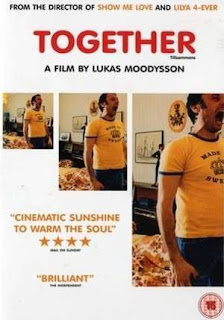 Together (Tillsammans) is a bittersweet comedy written and directed by the talented Lukas Moodysson who went on to make the brutal classic Lilya-4-Ever. Set in 1975, Together might feel a bit anachronistic as it's set in a commune with individuals driven by leftist socialistic ideologies and being one-with-the-nature, whereas the rest of the western world was performing the last rites of the hippie culture and embracing capitalism with open arms.
The story begins with a frustrated wife Elisabeth who decides to leave her husband Rolf and move with her kids to the commune named 'Tillsammans' that is led by her peace-loving brother Göran. But all's not as rosy as it seems and Lukas Moodysson peels away the facades and exposes the envy, hatred, insecurities, fears and hypocrisies of the collage of inhabitants of the commune but with a great touch of wry humor that equips the movie with some smart and genuine humor. 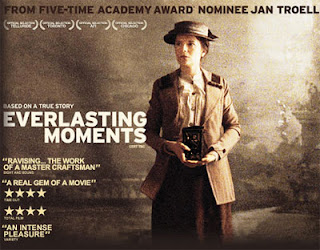 Jan Gustaf Troell is regarded as one of the finest modern Swedish Film director and is ranked alongside the likes of Ingmar Bergman. The 2008 drama Everlasting Moments is one of his most succesful films. The movie is inspired from the real life story of an ordinary working class woman Maria Larsson (Maria Heiskanen) whose life changes after winning a Camera in a lottery. Though she wants to simply sell the camera at first support her large family, a generous photographer Sebastian Pedersen (Jesper Christensen) encourages her to take up photography that provides new opportunities in her life. It also gives her strength to endure the abuse of a temperamental alcoholic husband Sigge (Mikael Persbrandt). Jan Troell uses his realistic style, and settings of hardships-filled early 1900s to great effect, and is greatly aided by the performances of the leading cast.

Everlasting Moments was Sweden's submission for the Academy Awards and also won a Golden Globes nomination. It also won the Guldbagge Awards for Best Film, Best Direction, Best Actor and  Best Actress among others. 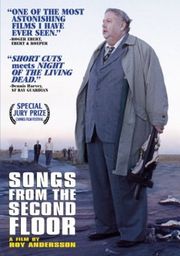 Winner of the Jury Prize at the 2000 Cannes Film Festival, Songs from the Second Floor is one of the most unique pieces of film-making you'll ever encounter. Directed by Roy Anderson (Ingmar Bergman once called him 'the Best director of Commercials in the world'), the movie is inspired from a poem by Peruvian poet César Vallejo.  Interlaced with deadpan humor, farce and tragedy, the film presents a unique and surreal (bordering on 'weird') perspective on the daily workings of 'normal' individuals within the confines of modern society, in an un-named Scandinavian city.  The movie contains vignettes that bear no direct relation to each other. There’s a magician’s trick that has gone horribly wrong, an endless traffic jab, a clerk pleading not to be fired, a woman walking the plank for sacrificing herself in a desolate landscape in the presence of priests, clerics, businessmen, and others. But they are all bound by a congruent theme of an increasingly dystopian modern society imploding and crumbling within itself.