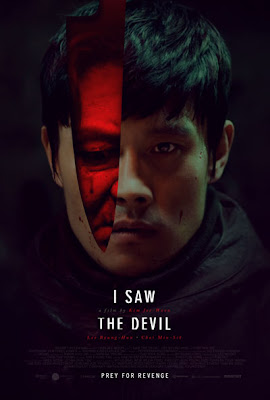 "Evil is always devising more corrosive misery through man's restless need to exact revenge out of his hate."
- Ralph Steadman

Over the years, Korea has produced some of the most impressive revenge thrillers, including the universally acclaimed Revenge Trilogy by Chan-wook Park. The Korean revenge saga I Saw The Devil is a worthy addition to the list (though not as path-breaking as Chan-wook's brilliant works), it is unlike other commercial revenge thrillers out there. It is not a tale of justice and retribution, but rather a brutal cat-and-mouse game between a sadistic serial killer and a secret agent where the lines between the hunter and the hunted grows increasing blurred.

I Saw The Devil sees the collaboration between some of the biggest names in the Korean film industry. Directed by one of the most successful directors of Korean Cinema , Kim Ji-woon (A Tale of Two Sisters, A Bittersweet Life), the movie stars the popular and dashing Korean actor Lee Byung-hun as a secret agent Soo-hyun, whose pregnant fiancee is brutally murdered by Kyng-Chul, played by the brilliant Choi Min-sik (guess he doesn't really need an introduction - Oldboy anyone !). 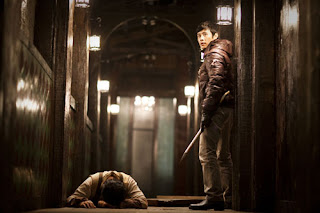 In many ways, I Saw The Devil brings to mind Park Chan Wook's brilliant Sympathy for Mr. Vengeance where acts of revenge and counter-revenge destroys everything that the lead characters hold close to themselves in brutally ironic twists of fate. Though Sympathy for Mr. Vengeance was more about the evil that vengeful individuals are capable of driven by circumstances, I Saw the Devil plays more like a psychological thriller. The movie's premise is fairly straight-forward. After the heinous murder of Soo-hyun's finacee in the opening act, he manages to catch up to Kyng-Chul using his own personal investivation methods rather than rely on the authorities. 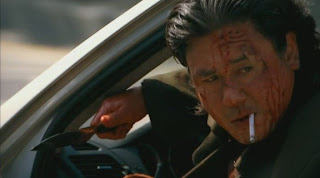 Not convinced that simply killing Kyng-Chul will placate the deep sense of injustice and hatred he feels, he embarks on a cat-and-mouse game with the killer by capturing Kyng-Chul, inflicting extreme physical pain and then letting him go to simply repeat the process. Scrub-Rinse-Repeat.
But soon the killer realizes that there's no getting away, and decides to turn the tables on Soo-hyun. 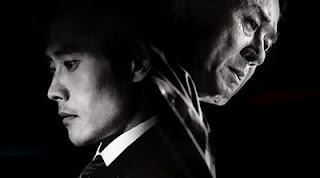 Kim Ji-Woon presents an extremely busy narrative that never lets up with plot twists and turns abound. I Saw The Devil will shock you as much as it will entertain. There are scenes of torture and gratuitous sadistic violence that isn't always easy to watch. But what separates the movie from being an average 'R' rated ultra-violent flick is the expert direction and the brilliant performances by the lead. I Saw The Devil is a compelling, thrilling and entertaining ride.