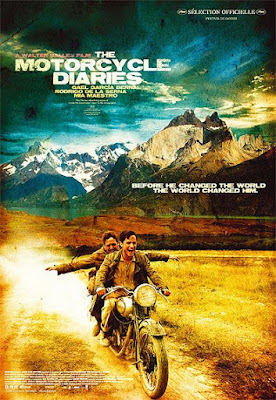 One of the most revolutionary thinkers of modern age, the legend of Ernesto 'Che' Guevara inspired people across the globe to rise up against socio-economic inequalities as well as capitalistic imperialism. To this age, he symbolizes revolution against authoritarianism and corrupt capitalism. The Motorcycle Diaries is an international collaborative effort that attempts to unravel the origins of the iconic Marxist revolutionary.
Directed by the talented Brazilian director Walter Salles (Central Station, Behind the Sun), the movie is based on the travelogue of Ernesto "Che" Guevara also titled 'The Motorcycle Diaries' and memoirs of his close friend Alberto Granado, 'Traveling with Che Guevara: The Making of a Revolutionary'. The movie was a commercial success and vowed critics around the world who praised it for it's authentic and honest narrative. The Mototcycle Diaries won a host of Awards including François Chalais Award at the Cannes Film Festival and Academy Awards (oscars) for Original Song and a nonimation for Best Adapted Screenplay. 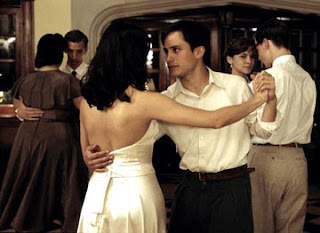 The Motorcycle Diaries stars the Mexican Actor Gael García Bernal as Ernesto Guevara, and Rodrigo de la Serna as his close friend, Alberto Granado and is about their road trip which covers the whole of Latin America that shapes the ideologies of "Che" in his formative years. But Walter Salles is careful not to force the conclusions on the viewers, but rather make us share the experiences of these two friends on their adventure. The movie expertly traverses the journey of these adventurers, driven by hedonistic pursuits, as they chase skirts in Argentina and Chile to a gradual shift towards a more humanistic experience by the time they reach a San Pablo Leper Colony in Peru. This could esily be regarded as a road trip movie for intellectually mature audiences. 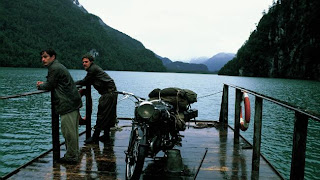 The Argentine actor Rodrigo de la Serna is brilliant as Grandao, the energetic, mischevious but caring older friend of "Che". Gael García Bernal is restrianed in his approach as the impressionable and more sensitive of the two, especially as they witness the plight of the poor farmers and workers, stripped of their land and livelihood, ignored by their own government and exploited by the profit hungry MNCs. His moments of reflections private and implied for us to relate to. 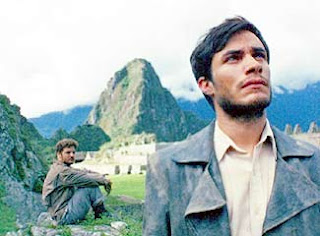 Walter Salles brilliantly captures the changing landscapes as well as the diverse economic conditions in latin America as "Che" and Granado continue their journey. The Motorcycle Diaries is also a visual treat with mesmerizing locales across South America. The scene in the Incan ruins of Machu Picchu in Peru in particular is brilliant for it's scenic charm as well as the contrast observed by Guevara as he wonders how the indigenous population capable of building such beautiful monuments are now slaves to the imperialistic multinational corporations in nearby Lima.

The Motorcycle Diaries is a coming-of-age-drama full of spirit and youthful exuberance with subtle moments of deep idealism. This is an adventure to be experienced.