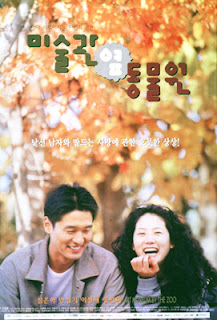 Art Museum by the Zoo is a little known hidden treasure by the first time female director Lee Jeong-hyang, reportedly inspired from events in her own life. The movie largely revolves around the good-natured sparring between a man (Lee Sung-jae) who has recently returned from military service and her new acquaintance (Shim Eun-ha) who works in a museum, as they get together to write a screenplay together for a contest. It doesn't break any new grounds in the romance genre, and the lead-pair indulge themselves in mocking the romantic cliches for a few laughs, it is a beautifully paced pleasant journey with overwhelming innocence that makes the movie immensely gratifying, to be savored like fine wine. 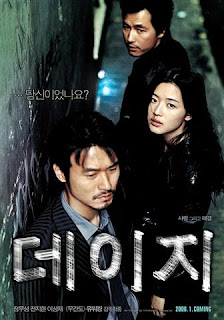 A collaboration between South Korea and Hong Kong, Daisy is an ambitious love-triangle between a artist Hye-young (Jun Ji-hyun), a professional hit man Park Yi (Jung Woo-sung), and an Interpol detective Jeong Woo (Lee Sung-jae) on his tail. Directed by the successful Hong-Kong actor-director Andy Lau, with a popular star cast, Daisy was eagerly awaited by fans across Asia and felt like a let-down given the expectations. This is nevertheless a gorgeous film with stunning visuals, largely due to its setting in the historical locations in Netherland as well as the brilliant camera work and cinematography.  If only the narrative could have matched the technical brilliance, we’d have had a modern day classic. 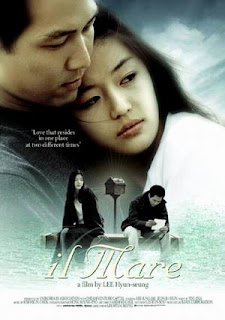 Il Mare inspired the Keanu Reeves and Sandra Bullock starring 2006 romantic hit, The Lake House. Starring Jun Ji-hyun and Lee Jung-jae, Il Mare is a beautifully paced unique tale of romance between a architecture student and a pretty voice-actress who fall in love with each other, even without ever having met despite living in the same house. How's this possible ?? They live at two different times, 2 years apart, but manage to communicate with each other using a old mail-box that allows the young protagonists to exchange messages. Il Mare is a conventional love story with the science fiction element handled with great subtlety and mainly works to enhance the unique narrative texture of the film. 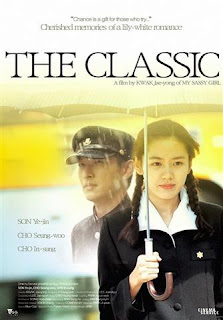 The Classic (Hangul: 클래식; Keulraesik) is a duet of love stories played out in parallel times. The film is directed by Kwak Jae-yong, undoubtedly the most prolific Korean writer-director of romantic films behind hits such as My Sassy Girl, Windstruck among others. The movie's main protagonist is a shy young girl named Ji-hye (Son Ye-jin) who discovers a stash of letters and a diary left by her mom  and learns of her tragic love story, narrated in flashbacks. But little does Ji-hye realize that her own unrequited feelings for a fellow student Sang-min (Zo In Sung) is universe's way of fulfilling a circle that spans across the two generations. The Classic was nominated for the Best Asian Film Award at the 2004 Hong Kong Film Awards. 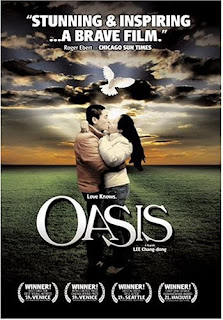 A tale of love between a slightly unstable man, recently released after serving time for involuntary manslaughter, and the daughter of his victim, who suffers from cerebral palsy, is rarely the theme of an romantic love story. Written and directed by Lee Chang-dong, Oasis is a offbeat love story with impressive performances by the lead pair of Sol Kyung-gu and Moon So-ri, as well as a social commentary dealing with family prejudices as well as narrow minded social norms. A huge hit in the festival circuit, Oasis won a number of awards including FIPRESCI Prize for Director Lee Chang-dong and Marcello Mastroianni Award for actress So-ri Moon, in her debut performance, at the Venice Film Festival. 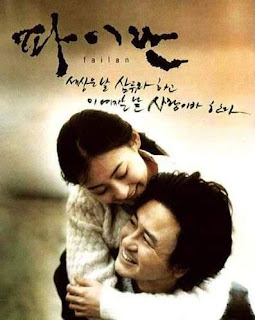 Failan is a tragic romantic drama with a beautiful soul, written and directed by Hae-sung Song. The movie stars Hong-Kong actress Cecilia Cheung as an innocent Chinese immigrant Failan who comes to Korea in search of her parents, and Min-sik Choi as an lowly gangster Kang-Jae, who agrees for a ‘fake’ marriage with Failan. Their only time together is a brief meeting at the registration office. For Failan, Kang-Jae’s act of kindness fills her with emotions of love and admiration, feelings expressed through letters that Kang-Jae later discovers, only too late, but evoking a sense of love and longing, for his ‘unknown’ wife whom he can barely remember. Winner of the 2002 Grand Bell Award for Best Director. 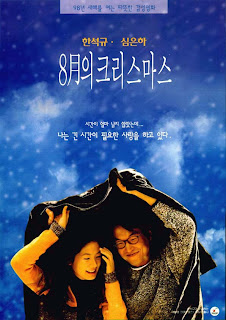 Christmas in August was the debut feature by director Hur Jin-ho, and is regarded as a quintessential piece in the resurgence of the Korean movie industry. The movie stars the charismatic Han Suk-kyu as a photography shop owner, suffering from a terminal disease with only a few days to live. The highlight of Christmas in August is the tender romance that blossoms between Jung-won (Han Suk-Kyu) and the beautiful and charismatic Da-Rim (Eun-ha Shim), a meter reader who drops by his studio to develop pictures of parking violators, unaware of his condition. It is hailed as a modern classic by connoisseurs of Korean cinema and enjoys an enduring fan-base across Asia. [Full Review] 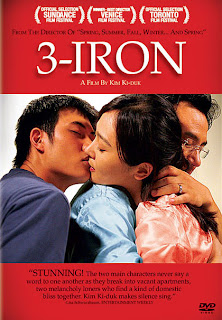 Written and directed by Kim Ki-duk, 3-Iron (Bin-jip) is a poignant and evocative love story presented with a quirky, surreal yet believable theme. The movie is refreshingly unique in it's presentation as the lead stars do not speak a single word of dialogue through the entire movie. But this never prevents the viewer from doubting their emotions as they gradually and 'wordlessly' fall in love. 3-Iron (Bin-jip) was extremely popular due to it's unique presentation at the 2004 Venice Film Festival where it won a number of awards, including a FIPRESCI Prize for Kim Ki-duk. It also won a Golden Spike award for Best Film at the 2004 Valladolid Film Festival.  [Full Review] 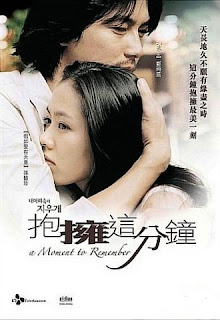 Starring Korean heart-throb Woo-sung Jung and Ye-jin Son, and based on a 2001 Japanese TV drama Pure Soul, A Moment to Remember is an endearing tale of young romance and enduring love beset by a tragedy. This was one of the first Korean movies with the thematic content revolving around Alzheimer's disease.  Though the movie has it's commercial melodramatic elements, it takes a matured and balanced approach in portraying the impact it has on the young married couple, and is handled with great sensitivity. The movie won the Best Adapted Screenplay at the 2005 Grand Bell Awards. A Moment to Remember is a brilliant and soulful romantic tragedy that even the fans of others genres will appreciate. 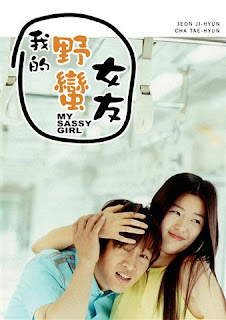 My Sassy Girl (엽기적인 그녀) is arguably the best Korean romantic comedy of modern times. Directed by Kwak Jae-yong, the movie is inspired from a series of online blog posts by a young man Kim Ho-sik describing his relationship with his 'sassy' (scary) girlfriend. The movie stars Tae-hyun Cha as Kyun-woo, a nerdy soft-hearted college student caught in a weird on-off boyfriend-girlfriend situation with a beautiful but unpredictable and sometimes-violent 'the girl', played by the talented and charismatic model/actress Jyun Ji-Hyun. The movie became the highest grossing Korean Romantic comedy at the time of its release, and was also a mega blockbuster across the whole of Asia.   [Full Review]
*A Top 10 list always evokes disagreements, but these are purely based on my personal impressions and only include the ones I've had the pleasure to watch. If you find a glaring omission or any interesting observation you'd like to share, please feel free to drop a comment and let me know.
Korean Romance Top 10