Review of The Man from Nowhere (Korean)

The Man from Nowhere (aka. Ajeossi) 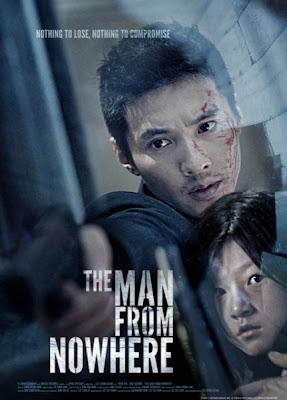 For the fans of Korean cinema, The Man from Nowhere needs no introduction. It was the biggest BOX office hit of 2010. The movie also raked in all the major awards at the 2010 Korean Film Awards including Best Actor, Actress, Music, Editing, Lighting, Cinematography and Visual Effects.
The Man from Nowhere stars the charismatic Won Bin (“Taegukgi; Brotherhood of War”, 'Mother') as Tae-Sik, a former elite secret service agent, who has lost his wife and child to an act of retribution by a rival assassin. The start of the movie shows him as retired to a solitary life running a pawnshop in a rundown building where his only remaining contact with the human race is little So-Mi (Sae-ron Kim), who often seeks shelter at Tae-Sik’s pawnshop thanks to the activities of her drug-addled mother (Hyo-Jeong). When the mother decides to hit the jackpot by stealing the mob's money from a major drug deal, it starts a chain of events that sees the little child kidnapped by the mobsters and sold to the human organs black market dealer. 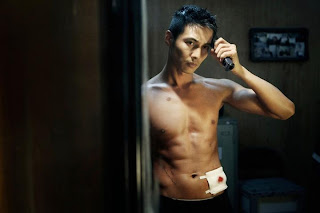 Tae-Sik, part Liam Neeson (from Taken) and part Jason Bourne (Bourne Trilogy), sets out on a mission to rescue her. Meanwhile, an honest and earnest cop, finds himself on the trail of Tae-Sik as Tae-Sik leaves behind dead gangsters on his trail. The cops character is similar to dozens of other movies involving vigilante heroes or lone-rangers with a history in secret service eliminating the bad guys. The cops and the police force simply play a supporting role and give the viewers an insight into the drugs trade, and the history behind super-human abilities of the lead. 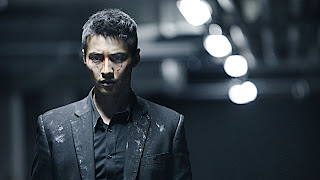 The Man from Nowhere doesn't really has anything original to offer, but more than makes up for it with some great thrills and plot twists. Also worth mentioning is the amazingly well choreographed action sequences (the knife-fight sequence towards the end of the movie being one of the highlights).
The last I found myself so impressed by a Korean action movie was the brilliant 'A Bittersweet life' starring the charismatic Byung-hun Lee. 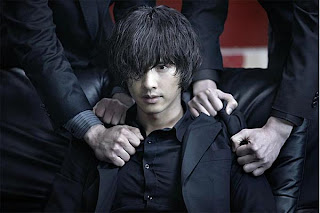 Be advised, the movie contains graphic imagery that can leave you shocked, enraged, and rooting for Tae-Sik (bin Won) even more. At the end of it all, it's really Bin Won that makes the movie work so well. Bin Won looks natural in the fight sequences, largely due to his 'real-life' black-belt in Taekwondo. A physical and convincing Bin Won clearly carries the movie, and he gets some help from Thai actor Thanayong Wongtrakul, playing a Vietnamese killer for hire in the employ of the two mob brothers, the only bad guy worth considering as a true rival to our hero.
A special credit should definitely be given to the brilliant direction of Lee Jeong-beom who not only manages to create breath-taking action sequences, but also makes you invest in the characters. As an action thriller, The Man from Nowhere works superbly due to its great execution and ranks as one of the best on my list.