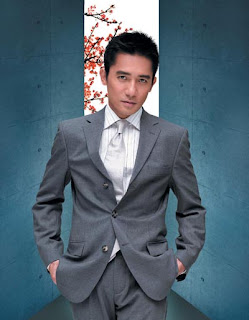 Tony Leung is a decorated and versatile Hong-Kong actor who has achieved both commercial and critical acclaim. Starting off in television comedies in the 80's, Tony leung made his debut with the 1989 film A City of Sadness for which he won the prestigious Venice Golden Lion Award. His breakthrough performance came in John Woo's massive hit Hard Boiled in which he starred along with the Hong-Kong superstar Chow Yun-Fat.

Also known in Hong-Kong as 'Little Tony'. Tony Leung has won five 'Best Actor' awards at the Hong-Kong Film Awards, and has won the Golden Bauhinia and the Golden Horse Best Actor awards on three occasions each. Due to his natural charm and charismatic personality, he is also often referred to as Asia's answer to Clark Gable.