Don't Worry, I'm Fine (Je vais bien, ne t'en fais pas) is a poignant family drama about relationships and family secrets. The movie is based on a novel of the same name by Olivier Adam and is Directed by the acclaimed Philippe Lioret (who later went on to direct the hugely popular and acclaimed French drama Welcome). Don't Worry, I'm Fine was nominated for 5 César Awards, eventually winning the Best Supporting Actor for Kad Merad and Most promising actress for the talented and beautiful Mélanie Laurent.
Before watching the movie, I had seen Melanie's impressive performances as Shosanna in Tarantino's Inglourious Basterds and as a young violinist Anne-Marie in The Concert (Read Review). Though Don't Worry, I'm Fine is one of her earlier movies, she shows great confidence, poise and conviction in her performance as Lili, a young woman who returns home from a trip to Spain, only to discover that her twin brother has left the house after a heated argument with their father over his 'messy room'. 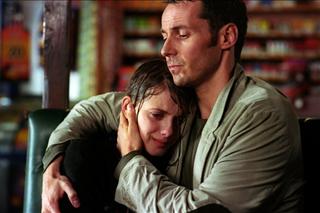 In the opening moments of Don't Worry, I'm Fine (Je vais bien, ne t'en fais pas), Philippe Lioret expertly captures the quite and gradually festering unease in the family, as Lili grows more anxious and angry at her parents, especially her father (brilliant performance by Kad Merad), for their lack of concern for their son's unplanned departure, and his whereabouts. Fueled by her anxiety and concern for her twin-brother Loïc, Lili slips into a depression and has to be admitted to a hospital for physical and Psychiatric treatment after collapsing in her classroom due to weakness as she had stopped eating for days. In-spite of these dramatic moments and drastic turn of events, the movie's plot elements never come across as forced or labored. Lili gradually recovers after receiving a postcard from Loïc, the first of many from places across France. 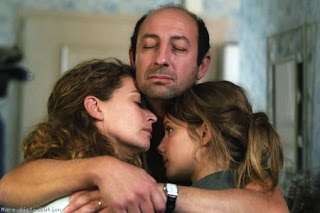 The postcards, among other things, has words of disdain for the father. Following on footsteps of Loic, a aspiring musician who never felt appreciated by his father, Lili starts to rebel against her father as well, and against a life dreamt for them by their father that felt like being a part of "The Truman Show". As the movie unfolds, secrets are revealed and we realize the value of families and human relationships, and above all the unconditional love that binds us together.  Don't Worry, I'm Fine explores the depth of these relationships and the character takes become increasing detailed with every scene.  The performances by Melanie and Kad Merad are sublime and subtle, and it's by virtue of their efforts that the seemingly incredulous turns at the end find credence and elevates the movie to the higher echelons of its genre.