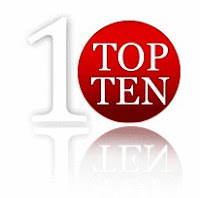 In the last decade, Germany has produced some of the finest international movies that have won widespread critical acclaim and have also done extremely well in Europe and US commercially, primarily due to the bigger budgets and international releases.

The thematic content of many of their most renowned works bears it's contextual lineage to the turbulent German history of last century - the World Wars and the Nazi dictatorship, as well the East and West German divide during the cold war era.  These movies have done extremely well at Film festivals around the globe and have also won three Academy Awards in the Best Foreign Film Category since 2000.