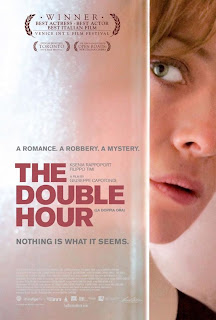 One of the essentials of a taut thriller is to throw you in different directions, only to mock you for your prognostications with a retrospectively integral, and seemingly plausible conclusion that was never even considered.
The title of director Giuseppe Capotondi's Italian romantic thriller, 'The Double Hour',  is a reference to those moments of the day, when the minutes hand and the hours hand speak the same number, such as 23:23. As per Guido's (Filippo Timi) ex-girlfriend, any wish made at these 'magical' moments come true. This happens to be one of the few things exchanged by Guido and Sonia (Kseniya Rappoport) during their brief conversation, as they meet at a speed dating event.  As the secrets start to unravel towards the end, one can't help but admire the skill with which the idiosyncratic belief is made to play into the numerous twists of this beautifully crafted thriller.

In a performance that won her a Best Actress Award at the Venice International Film Festival, Kseniya Rappoport plays Sonia, a Slovenian immigrant working as a chambermaid in a nice hotel in Turin. Filippo Timi also puts in a fine performance as Guido, a damaged ex-cop who engages in pointless sexual encounters to overcome the loneliness from the death of his wife. With their troubled pasts and haunting loneliness, they find themselves instantly attracted to each other. 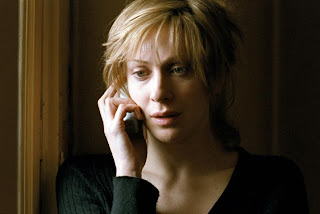 Soon after, Guido decides to take Sonia to a private country estate where he's been working as a watchman, overseeing the security. Guido disables the security alarm system to take Sonia for a walk in the woods. In the woods, things go terribly wrong. The incident in the woods triggers a chain of events that will keep you at the edge of your seat. For a while, it plays as a supernatural thriller but quickly morphs into a straight-forward crime thriller, only to gravitate towards a psychological thriller and the deception continues. The movie works at many levels. From an engrossing thriller to a tragic romantic, it's ultra realistic direction and brilliant performances from the lead pair of Kseniya and Filippo pushes it notches above other similar themed thrillers that come across as being a little too 'clever' for their own good.
The The Double Hour would have you admiring the elaborate deceptions as the end credits roll, and easily stands as one of the original and finest thrillers of recent times from Europe.