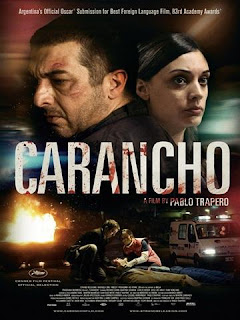 Producer and Director Pablo Trapero's Carancho is a no-frills love story set amidst an immoral and highly lucrative racket involving insurance payouts for road accident victims (apparently a 'real' social problem in Argentina). Ricardo Darin (The Secret in their Eyes) stars as Hector Sosa, a personal-injury lawyer caught-up in the racket, waiting for his law practice license to be re-instated. The film's title Carancho is with reference to the Spanish Slang that means 'Vulture', an abuse often hurled at Sosa, and lawyers like him, who try to profit from the dying or the dead. Sosa's romantic interest is a young physician Luján (Martina Gusman), stuck with night calls, and an occassional junkie. Both of them are individuals trapped in circumstances beyond their control or liking.
Carancho was Argentina's official submission to the Oscars in the Best Foreign Film category but failed to make the final nominations. 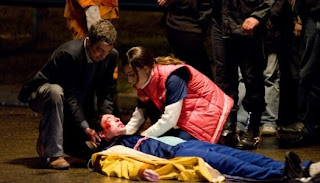 It all begins when Luján meets Sosa at the site of a road accident, helping her get the injured to the ambulance. She's unaware of the fact that Sosa's not actually some good Samaritan, but a bottom-feeding lawyer making money using such hapless poor accident victims. But even her realization of Sosa's job description doesn't make her resist his offer of a quick coffee. Uncharacteristic as their romance might seem, Trapero's gritty and realistic set-up will not raise any questions about the credibility of such a development. 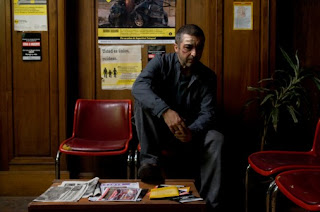 Pablo Trapero beautifully captures the desperation of both Sosa and Luján's trials to crawl out of their miseries. Ricardo Darin is simply brilliant as a man bruised but unrelenting to give up on the fight to save his last shreds of morality, and hope for a brighter and more respectable future. A situation made extremely difficult by his ruthless and violent partners. Martina Gusman gives an effective performance as Sosa's dour yet fragile love interest, with enough character depth to stand on her own, and make an independent mark in the film.

Carancho is a bleak and brutal film, unapologetic in it's cynicism. But, what it lacks in it's enthusiasm compared to a Hollywood thriller, it more than makes up for it with it's unadulterated grittiness and realism.