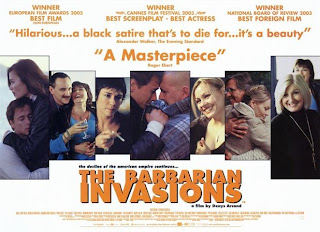 The Barbarian Invasions (Les Invasions Barbares) is the sequel to the 1986 Oscar nominated film The Decline of the American Empire by the acclaimed French director Denys Arcand. The movie won the 2004 Caesar Award (French equivalent of Oscar) for Best Picture, and the Best Screenplay and Best Actress (Marie-Josée Croze) award at the 2003 Cannes Film Festival. At first glance, an Oscar winner for Best Foreign picture about an middle-aged man dying of cancer, might lead you to expect a deeply sensitive tale about family relations, raw emotions and loads of melodrama.
The Barbarian Invasions (Les Invasions Barbares) is not that movie, not quite. The movie is rather a celebration of life, cherishing fond memories, rekindling relationships and not losing yourself in the face of an imminent and impending death. (Read Review) 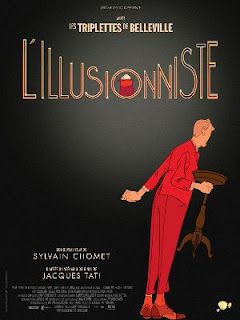 'The Illusionist' by Sylvain Chomet is remarkably refreshing with it's old-age approach of hand-drawn images and water-colors. Based on a 1956 screenplay by the French actor, comedian and director Jacques Tati, The Illusionist was nominated for an Academy Award as well as a Golden Globe in the Best Animated Feature Film category. On both the occasions, it lost out to the hugely successful Toy story 3. It was luckier at home winning a Caesar award for the Best Animated Film.
As a work of animation, The illusionist doesn't offer any funny sidekicks, mythical monsters or music filled extravaganzas but is rather a subtle and engaging human story befitting a live action art-house production. The Illusionist paints a gorgeous setting of Edinburgh and the delicate yet deep relationship between the two lead characters is beautifully captured, despite any words being spoken in the movie.
The Illusionist is old-school. It's painstakingly produced beauty and elegance shines with a soulful grace and charm. (Read Review) 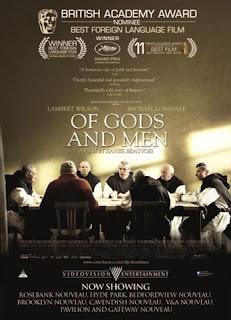 Winner of the 2010 Grand Prix award at the Cannes Film Festival, Of Gods and Men (Des hommes et des dieux) is the true story of nine Trappist monks in a monastery of Tibhirine, Algeria, living in harmony with the largely Muslim community of the region, and how they find themselves trapped in the Algerian Civil war, with the eventual kidnapping and beheading of seven priests by the  group  Armed Islamic Group of Algeria.
The French drama film was directed by Xavier Beauvois and stars Lambert Wilson as Christian, the leader of the monks and Michael Lonsdale as the aging asthmatic Priest/Doctor. It was a major hit with the critics and has surprised everyone with it's commercial success. The movie won the Lumiere Award and the César Award for Best Film. Of Gods and Men was also the french submission for the Best Foreign Language Film at the 83rd Annual Academy Awards but couldn't make the final list of nominations.
Of Gods and Men is a tranquil and austere film about the conviction of monks to continue to serve the community amidst fear, interspersed with details of the barbaric acts of the fundamentalists presenting a thought provoking insight into the good and evil that people are capable of, in the name of god. (Read Review) 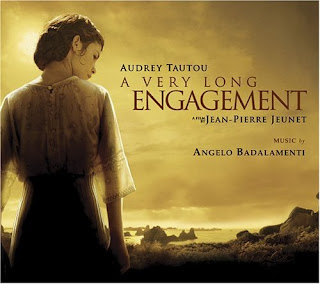 A Very Long Engagement is a romantic drama set around the first World War. Based on a novel by  Sebastien Japrisot, A Very Long Engagement was nominated for Academy Awards for Cinematography and Art Direction, as well as a BAFTA nomination for Best Foreign Film. The movie was also nominated for an impressive 12 Caesars, winning 5.
Audrey Tatou stars as Mathilde, a young woman who's desperately searching for her fiance Manech, one of the five soldiers convicted  for self-mutilation in an attempt to escape military service, and thereby condemned to death by forced abandonment in the 'no man's land' during the Battle of Somme in WWI.

A Very Long Engagement is a beautiful collage with it's themes of romance, war, mystery, laden with subtle wit and humor. Though falling short of being a epic masterpiece, it is nonetheless French Cinema in one of it's finest moments. (Read Review) 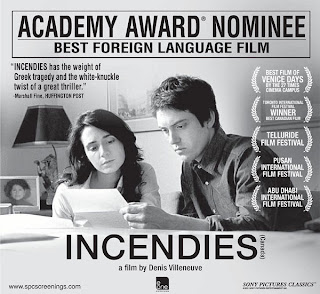 Incendies is a Canadian French movie written and directed by 3 time Genie Award winner Québécois Denis Villeneuve. The movie was adapted from Wajdi Mouawad's acclaimed play Scorched. Those who have witnessed his previous notable efforts like Maelström in 2001 and Polytechnique in 2010, are likely to list Incendies as the best work the Canadian auteur has produced thus far. Nominated for the Academy Award in the Best Foreign Film category, Incendies is a thought provoking tale of war, sorrow, mystery, gut-wrenching emotions and discovery of human relationships. Incendies is the story of  the sister-brother twins, Jeanne and Simon Marwan who go on a journey to the middle-east as per the wishes of their deceased immigrant mother Nawal Marwan.
Incendies is a rewarding experience and direction of  Denis Villeneuve, and great performances by the lead, especially Mélissa Désormeaux-Poulin as Jeanne and Lubna Azabal as Nawal Marwan, will make you feel a part of this intense emotional journey. (Read Review)
French Top 10