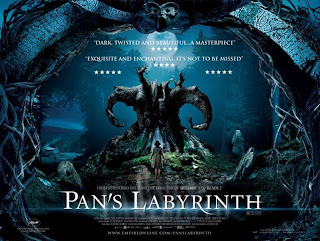 Pan's Labyrinth plays out as a contradiction that denies itself. An adult fairy tale set during the last days of Spanish Civil War, it has the brute and violent tinge of reality, coupled with a surreal charm that only a visionary master such as Guillermo del Toro can accomplish.
Pan's Labyrinth won countless awards, most notably earning 6 Oscar nominations, eventually winning 3 including Best Art Direction, Best Makeup and Best Cinematography. In also won a Best Foreign Film BAFTA and a Palme d'Or nomination at the Cannes. 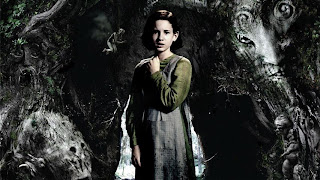 Pan's Labyrinth opens with a princess, Moanna, the daughter of the King of the underworld, who ventures to the surface, only to be blinded by the sunlight and losing her memory, and eventually her death. The young Ofelia (Ivana Baquero), fascinated with fairy tales, has to move with her pregnant mother Carmen (Gil) to a military outpost in the woods, commanded by her sadistic step-father Captain Vidal (Sergi López) who's fighting for the fascists under general Franco. Bed-ridden with sickness, Carmen spends her time listening to fairy-tales narrated by Ofelia. But Ofelia soon finds herself in one as she follows a stick-insect shaped fairy to a labyrinth where she meets the faun (Doug Jones) who believes her to be Princess Moanna. 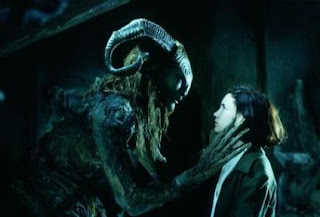 The faun proposes three tasks to Ofelia to be completed before full moon, to ensure that Princess Moanna's soul remains intact and she can return to the magical realm of the underworld. For those fascinated by the mythical creations envisioned by Del Toro in the Hellboy films, consider yourself in for a treat. Be warned though that it's strictly meant for adults as the fairy tale plays out like the dark and violent original works by the Grimm brothers. Doug Jones is fascinating and intriguing as Pan, the faun, who'll keep you guessing and wondering as to his true-motives. 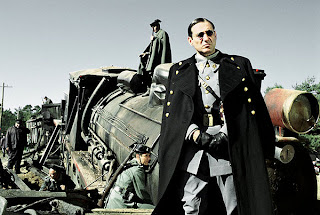 Outside, in the real world, Captain Vidal indulges himself in torture and other atrocities against the suspected or captured rebels, and also on one of his doctors who euthanized a badly injured prisoner. Del Toro doesn't shy away from portraying the horrors of these acts in graphic details. In Captain Vidal, we see a monster more horrific than any in the fairy tale within Pan's Labyrinth. The two worlds intertwine as Pan, the faun, gives Ofelia a second chance to finish her final task. Pan's Labyrinth presents a stark reminder that fantasy can never escape the horrors of reality, but it does imbibe hope and ambition to strive for a better one. Pan's Labyrinth is a mesmerizing concoction of fantasy, folk-lore, history, struggle between the good and evil, and captures the universal themes of love, courage and sacrifice.