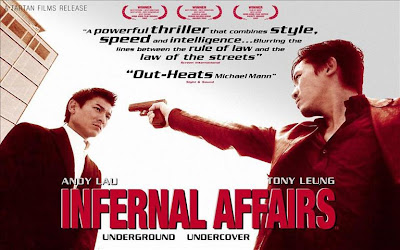 The Infernal Affairs trilogy is more popularly known as the movie trilogy that inspired Martin Scorsese's Academy Award winning hit  'The Departed'.
Infernal Affairs (Mou gaan dou), the first and undoubtedly the most impressive of the three, is a fast paced crime-thriller that revolves around the struggle between the Hong-Kong triads and the Hong-Kong police. The movie's star studded cast (which included the likes of Andy Lau and Tony Leung), taut screenplay and brilliant direction helped the movie to a massive box office success that was like a shot in the arm for the ailing Hong-Kong box-office desperately devoid of creativity at the time.

Infernal Affairs was also a critical success and won major awards in Festivals across Asia. Most notably, it swept the 2002 Hong Kong film awards winning all the major honors. Though the movie has an ensemble cast, the story primarily revolves around two main characters, Ming (Andy Lau) and Chen Wing Yan (Tony Leung), who act as moles in the police and triad respectively, and find themselves on the opposing end. 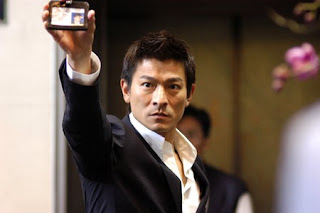 Tony Leung gives a brilliant performance as Yan, the undercover agent working as a mole with the triads (role played by DiCaprio in 'The Departed') who is living a life on the edge and desperately waiting for his over-extended ordeal to come to an end. His masterful performance embodies a troubled soul at the brink of losing his real identity, losing his faith in himself and those around him, as well as a person grappling with a constant struggle between duty and self-preservation. Andy Lau is convincing as the ruthless and ambitious triad mole embedded with the police. 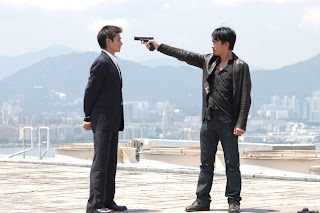 Anthony Wong provides good support as Superintendent Wong, the parental figure to Tony Leung's Yan and the only person who knows Yan's real identity. Andrew Lau and Alan Mak, the directors, present a slick narrative with a stylized execution, but still allow the development of fully etched-out characters.
Despite being a decade old, Infernal Affairs still has a freshness in it's appeal, and ranks as one of the finest thrillers of modern times.