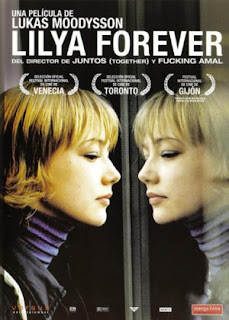 Lilya-4-Ever was instantly hailed as one of the most powerful cinematic efforts in European Cinema upon it's release in 2002. Directed by Lukas Moodysson, the film  is a harrowing and depressing tale of innocence trampled by the human trafficking in Europe. Countless innocent young women from Eastern Europe, mostly remnants of erstwhile Soviet Union, are lured with a promise of better lives in the more prosperous European nations, only to be condemned to a brutal and merciless sex-trade. Though considered a Swedish film, a better part is in Russian and is based in an un-named republic that resembles a vestigial state of the former Soviet republic. Lilya-4-Ever caused a bit of controversy when it was deemed in-eligible by the Academy when presented as Sweden's official submission for the Best Foreign language Film at the Academy Awards. It however had no such problems at home winning major awards at the 2003 Guldbagge, including Best Film, Best Direction, Best Screenplay and Best Actress. 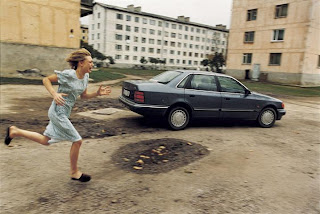 Lilya-4-Ever begins at the end, with a visibly abused Lilja (Oksana Akinshina) running towards a highway overhead bridge, with the interesting soundtrack of Mein Herz Brennt by Rammstein in the background. The opening scene in a way sets the tone for the dark and depressing thematic overhang that is to follow. The story begins with a playful teenager Lilja announcing her plans to move to the US with her mother. But dreams come crashing when she is asked to stay with her aunt, till her mother and her mother's new boyfriend can settle down together before calling her to the US. The call never comes, and somehow you were never  expecting it either. Things get worse as she is abandoned by her aunt as well and left to fend on her own. 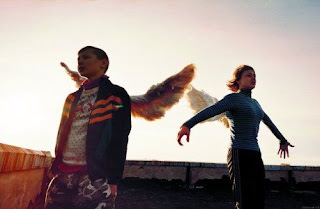 Despite the sad turn of events, Lilja wants to live her life and and dream of a better future someday. Her only solace is the friendship of an abused young boy Volodya (Artyom Bogucharsky). They run around streets, sniff glue and explore big delapitated buildings that remind one of the glorious past of communism in that part of the world. Shot in a scruffy town in Estonia, the settings accentuate the thematic content of the movie. Lilja and Volodya's friendship, and their fantasies are mesmerizing for their sheer existence in such starkly grim settings. 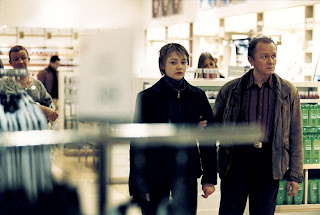 Lukas Moodyson's narrative and Akinshina's superlative performance expertly captures Lilja's struggle for her innocence and her fantasies as a young teenager taking on the bleak and harsh realities of a male dominated adult society. As we get into the last segment of the film, it gets overwhelmingly dark and painful. The most tragic aspect of this emotionally charged film is that it's largely inspired from a real life horror tale of a young Lithuanian girl lured to Sweden with the promise of a bright future, but suffered a tragic fate, the same as Lilja's in the film.
Cinema is often a medium to escape to fantasy and make-believe, but Lilya-4-Ever smacks you with a punch of brutal reality not often witnessed in modern cinema. For that, it deserves your time.