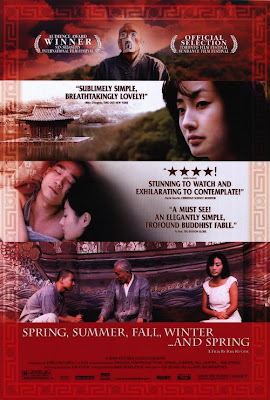 Spring, Summer, Fall, Winter and Spring is a spiritual ‘art-house’ masterpiece written and directed by Kim Ki-duk, one of the most enigmatic film-makers of Korean Cinema. This cinematic gem by Kim Ki-Duk was a massive hit across film festivals due to its fresh take on spirituality and powerful allegorical symbolism handled with exquisite simplicity.  Spring, Summer, Fall, Winter and Spring won the South Korean Grand Bell Award as well as a Blue Dragon award for Best Film.
The title of the film - Spring, Summer, Fall, Winter and Spring represents the passing of time and is metaphorical in the context of the various stages of life as well as our actions guided by our emotions, and the lessons to be learned from them. The film is narrated in five segments - each for a season. It portrays this cycle of life as it follows the lives of an aging Buddhist monk and his young disciple, living alone in a floating hermitage in the center of a lake surrounded by mountains. The pristine physical setting is splendid in it's tranquility and mesmerizing with it's natural beauty, and gives a zen like aura to the movie. 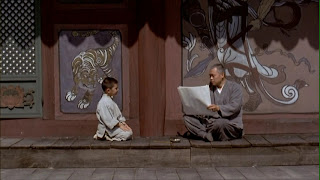 Spring represents the young disciple in his adolescence, meditating and collecting herbs with his master. In his innocence, the young monk indulges in cruelty against helpless creatures. As with Kim Ki-duk's previous effort The Isle, Spring, Summer.....ing also drew criticism for the graphic depiction, though I wondered why. The master decides to teach the young pupil a valuable life lesson but subjecting the disciple to similar discomfort as was dispensed to the innocent animals. 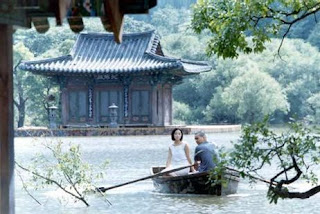 Spring is followed by Summer as the young apprentice, now in his teens, falls for material desires with the arrival of a beautiful young woman at the monastery. Succumbing to his emotions, he decides to leave the monastery. But only to return many years later for refuge, after falling pray to the sins of envy and pride represented by the Fall season. 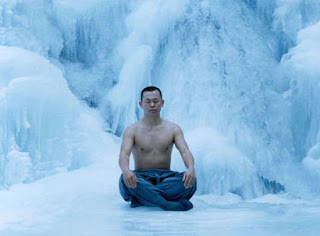 Kim Ki-duk himself makes an appearance as the middle-aged apprentice who has lived through all the seasons of his life and indulges himself in meditation and penance for his actions. A new cycle of life resumes as the aged apprentice takes a baby abandoned at the monastery under his guardianship and tutelage.  The cinematography and the mesmerizing settings are visually arresting with it's natural beauty. Spring, Summer, Fall, Winter and Spring feels like a meditative sojourn, and is a memorable and rewarding experience for viewers who have true appreciation for art in cinema.