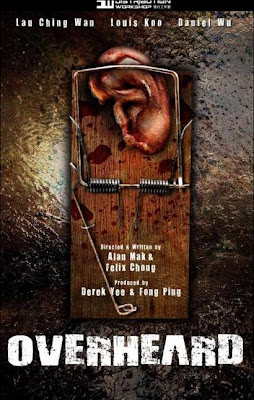 Even at a casual glance, the release poster of Overheard is bound to make an impression. One might be mislead to believe, and expect a Saw or a Hostel styled psychotic thriller. But Overheard is a realistic and grounded moralistic thriller. A huge hit at the Hong Kong Box office, Overheard sees the return of the writers Alan Mak and Felix Chong of Infernal Affairs fame. This time around, they also direct the piece and create a gripping crime thriller of greed, and moral conflicts.
The movie revolves around a trio of Criminal Intelligence Bureau (CIB) officers with the Commercial Crime Bureau of Hong Kong Kong police, involved in the investigation of a public trading company Feng Hua International, suspected of being involved in stock price rigging and manipulation. After installing hidden interception devices to monitor the company's communications in the exciting opening sequence of the film, the trio spend their entire extended office hours in a make shift observation center, eavesdropping on conversations taking place in the company. Their prime suspect and target is an individual nick-named the "Boss". 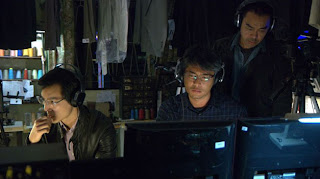 But the trio of CIB officers have their own demons to battle.  Inspector Leung (Lau Ching Wan) is having an affair with Mandy (Zhang Jingchu), estranged wife of his friend Lee (Alex Fong). Yeung (Louis Koo) needs to make more money for his family for tragic reasons beyond his control, and the youngest of the trio, Lam (Daniel Wu), has his individuality dictated by his wealthy father-in-law. But as they stumble upon a interesting piece of information during their investigation, their sense of honor and duty is put at stake as their own individual fallibilities takes over. 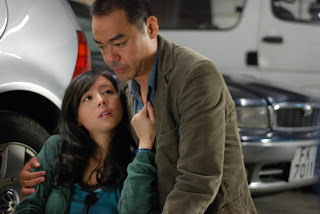 Alan Mak and Felix Chong leave aside dramatic excesses to justify the actions of the lead trio. It is after all a fairly simple scam driven by the lure of easy money. But soon they realize there is no such thing as 'easy money'.  The repercussion of their action is grim and violent, and Overheard shares similar cynicism in it's plot development as was evident in Infernal Affairs. The movie's ensemble cast delivers with earnest performances, and the impressive direction makes it work with a clever mix of subtle and realistic dramatic moments, and pacy thriller elements.